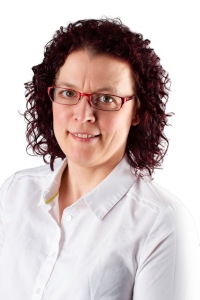 Laura Ip has been keenly interested in politics since having worked for a local government relations firm in 2000 and then moving on to a communications position for a local municipality for a couple of years before starting her own business.

She ran for St. Catharines city council in 2006 and 2010. She was appointed to city council at the beginning of 2014 and served until the end of that term.

Following the 2014 election, Laura had decided she was not going to try to enter politics again, but the state of politics at the regional council table has persuaded her to throw her hat in once again.

Laura has lived in the Niagara region her whole life, having grown up in Niagara Falls and moving to St. Catharines more than 25 years ago. She has been an extremely active community member since she was a teenager, volunteering for numerous initiatives.

Laura is a graduate of both Brock University (Hons. Bachelor of Arts in Sociology), Niagara College (numerous management certificates and a Teaching Adults certificate), and she holds a certification in Municipal Administration from AMCTO. She has worked in public, private, and non-profit sector roles and is currently a freelance researcher/writer. Laura is also the founder, president, and head coach of Underdogs Boxing Club, a local, entirely volunteer-run, non-profit organization that offers recreational non-contact boxing programming to the community, including women-identified survivors of violence, and youth.

Below is Laura’s resume for the last 20 years of education, work experience, and selected community involvement.

Tell Laura what it means to you to Reset the Region: