February 21, 2020: Council pumps the brakes on motion to elect the Regional chair

Pleased that this motion may have played a part in the decision:

WHEREAS the Niagara Community Legal Clinic is funded by Legal Aid Ontario, an arm’s-length agency of the Ministry of the Attorney General for Ontario, which (in addition to funding the province’s legal clinics) provides much-needed support to low-income people in matters of family law, refugee law, and criminal law;

WHEREAS Legal Aid funding saves money in the overall justice system budget, in light of the evidence that the cases of self-represented parties (i.e., parties without Legal Aid support) consume significantly greater amounts of expensive court time and/or tribunal time; and

NOW THEREFORE BE IT RESOLVED:
1. That Regional Chair Jim Bradley BE DIRECTED to send a letter to Ontario Attorney General Doug Downey, on behalf of Regional Council, reading as follows:

“The Region of Niagara is grateful for the work of the Niagara Community Legal Clinic, whose professionals provide meaningful access to justice for low-income people in Niagara. In light of the deep challenges Niagara faces in terms of poverty and lack of sufficient affordable housing, the services that the Niagara Community Legal Clinic provides are truly vital to our community.

It has come to our attention that the Province has proposed additional cuts to the budget of Legal Aid Ontario (LAO), the Niagara clinic’s funder, to be implemented in 2020. Because our Council deeply values the work of our
Niagara Community Legal Clinic, and the supports that LAO provides to citizens facing challenges in family law, criminal law, and refugee law, we request that you not implement any additional cuts to the LAO budget. We also ask that you re-invest in the Legal Aid and clinic systems, so as to address the many barriers to access to justice that our citizens face.

Thank you for your consideration.”

2. That this motion and the Chair’s letter BE CIRCULATED to municipalities throughout Ontario and the Association of Municipalities of Ontario.

December 6, 2019: A Shining Example of a Niagara Regional Council Standing Up for the Greater Good

December 1, 2019: Niagara residents are looking for justice and closure

St. Catharines Coun. Laura Ip said the public looks to council to do more than just accept the recommendations, which she said are standard human resource practices in many cases.

She said councillors must determine how far they want to go with the report, including looking into possible punitive measures.

“I don’t know what else we can do, that’s a conversation that we’ll have to have with a number of experts. But I think the public is going to be looking for us to do more than just say ‘Good job Ombudsman’ and we’ll do all this,” she said.

November 15, 2019: Men to be allowed on Niagara Region’s women’s advisory committee: Advocacy for gender-based issues gets green light from council

October 26, 2019: Speaking with 610CKTB’s Matt Holmes about the province’s decision re: governance review

October 8, 2019: Niagara must be ‘disruptive’ to advance affordable housing

August 26, 2019: Six Canadian moms share the stories of their abortions: It may surprise you to learn that many of the women who choose to have abortions in Canada—perhaps the majority—are mothers.

July 2, 2019: Young mothers of Niagara accept diplomas thanks to LEAP

June 20, 2019: Regional council being bullied out of pay raise: Villella: Councillors set to debate 20% raise in their own salaries tonight

June 13, 2019: Regional Council to discuss giving themselves a raise

May 23, 2019: Hamilton protests public health merger, but the province doesn’t have to listen

May 18: 2019: Handmaid protesters confront MPP Sam Oosterhoff over reproductive rights
*Note: I was neither present at nor an organizer of this event. As my name is mentioned in the article, because of my involvement with the issue on Twitter, I’m posting it here.

May 18, 2019: Handmaids voice outrage at Oosterhoff event in Grimsby: Protest sparked by MPP’s comments at anti-abortion rally
*Note: I was neither present at nor an organizer of this event. As my name is mentioned in the article, because of my involvement with the issue on Twitter, I’m posting it here.

May 7, 2019: Anti-racism discussion to be part of Niagara Region’s strategic plan process 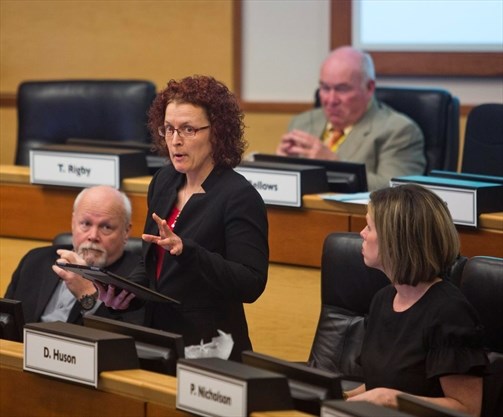 April 23, 2019: Bridge barrier at the centre of discussion about mental health in Niagara Region

February 15, 2019: Region defers budgets for both police and NPCA 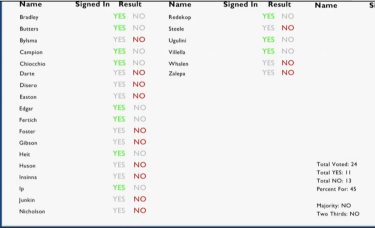 However, councillors voted 13-11 against a second amendment, introduced by Ip, stating that “any approvals related to the NPCA levy not be given and no payments be made to the NPCA until such time as we have received answers we consider to be satisfactory.”

“I’m disappointed that, that failed,” Ip said in an interview following the meeting.

“My intent was not to suggest that we fight the NPCA until we receive answers to our very reasonable questions. You bring an $8-million budget forward and there’s a $2.5-million hole in your presentation, I kind of want to know what’s going on with that $2.5 million.”

“I’m disappointed that so many of them (regional councillors) that are on the board voted that motion down because it has not been demonstrated by NPCA staff that they’re going to give the answers,” she added.

November 13, 2018: Editorial: Next regional chair must be an elected politician

October 26, 2018: Niagara’s controversial CAO is set to jet off to Shanghai in the name of trade (video) 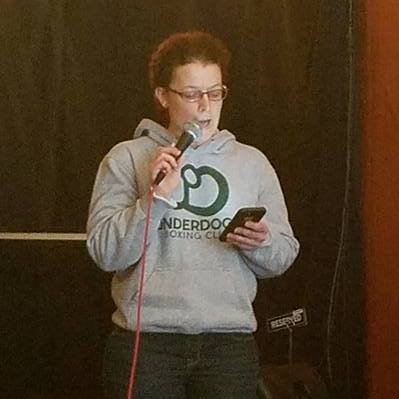 April 1, 2018: We can fix municipal government by voting 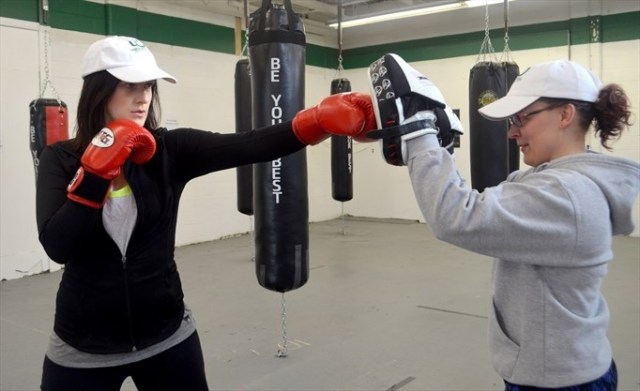 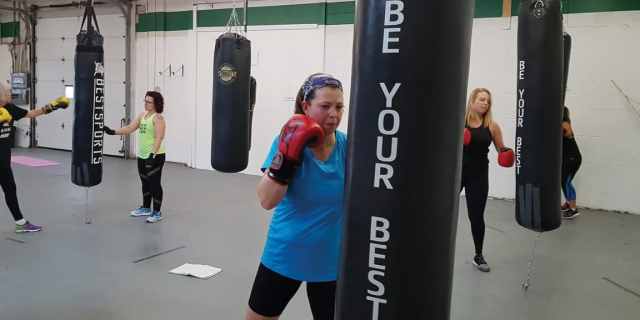 March 1, 2018: Rooting for the Underdog Underdogs Boxing Club is shaking up the image of who can be a boxer. – Kerry Duncan/The Sound

December 1, 2018: Civil debate seems to have been lost

October 27, 2017: Grade 10 students from across Niagara celebrate Power of Being a Girl 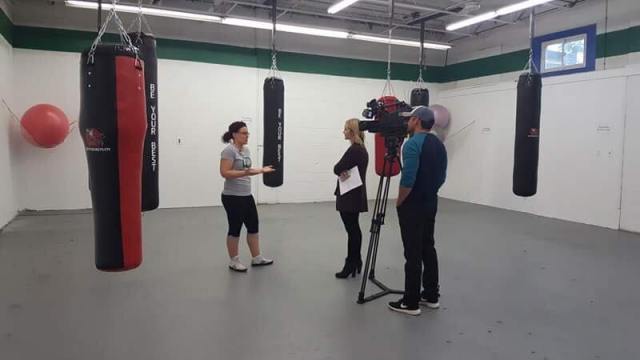 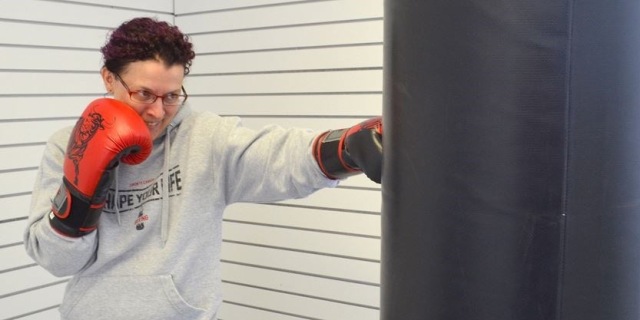 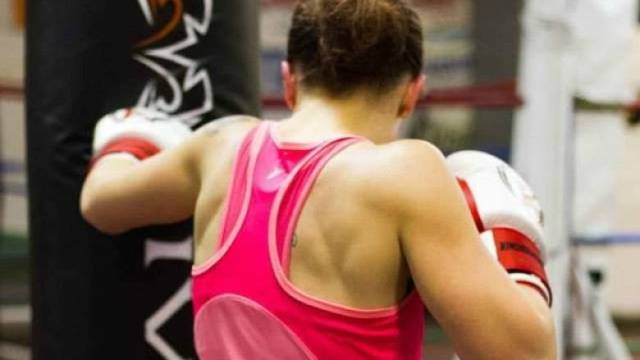 June 2, 2017: Body-shaming a problem that begins at birth 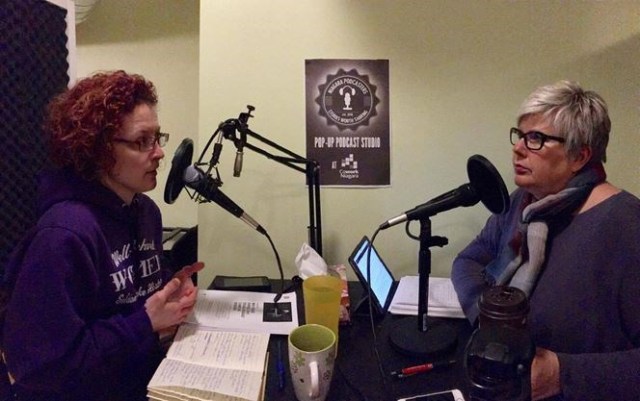 January 18, 2017: Niagara women ready to march this Saturday Laura Ip from YWCA Niagara is ready to hit the streets downtown for the Niagara edition of the Women’s March on Washington, taking place Jan. 21. The event will start at City Hall at 10 a.m. and walkers will make their way to St. Catharines MP Chris Bittle’s office on Geneva Street. – Melinda Cheevers/Metroland

September 15, 2016: The obstacle-ridden road to recovery

September 19, 2014: Search Engine: The mystery of the Grantham plaque

July 14, 2014: Paying tribute to a community leader Denis Cahill and Patricia Cahill Waters hold up the street sign paying tribute to their father Lou Cahill. The sign will be erected in downtown St. Catharines, at a portion of Garden Park north of King Street in recognition of Lou’s contributions to the community. Thursday marked the 100th anniversary of the birth of Lou, who died in 2008 at the age of 94.

May 9, 2014: HEROD: Council talk, and a little election scuttlebutt

March 8, 2011: Academy alternatives discussed Event organizer Laura Ip watches as Kaneka Watkins, of Success Beyond Limits, outlines some of that program’s achievements during a community meeting examining alternatives to the DSBN Academy on Thursday.