What is the definition of integrity? What does it mean to have integrity? How can our regional government demonstrate integrity? 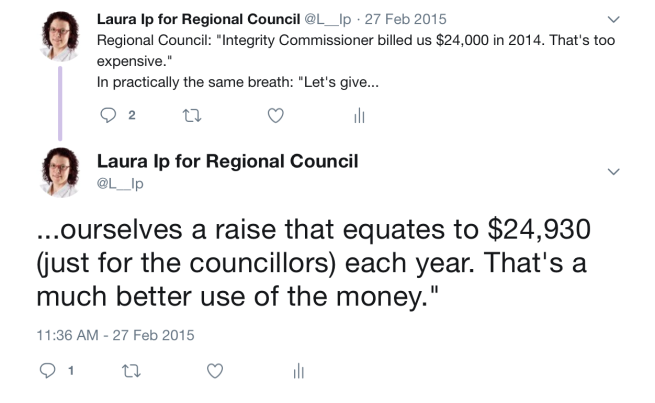 Here’s what Merriam-Webster, BusinessDictionary.com, and the Cambridge English Dictionary have to say about integrity: 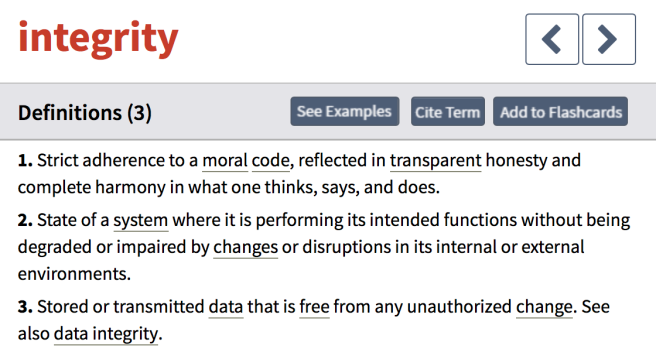 The problem is that there are enough who are either completely lacking in integrity or whose integrity maybe isn’t a universal character trait.

Some of them say that citizens are too critical or too negative; we don’t spend enough time praising the good work they’ve done. And, yes, whilst there have been some positive things to come out of this term of Regional Council, there have been quite a significant number of negative things, including attracting negative attention nationally (more than once) due to some of the antics we’ve witnessed during this term.

Some of them say that the media is playing “gotcha” politics. Have there been a larger number of negative media stories this term than any other term I can remember? There sure have, but the media has simply been reporting the news. It’s Regional Council’s job to make sure they don’t do anything for which they wouldn’t want to answer to the media.

Integrity, transparency, the ability to communicate openly and honestly. These are all traits that each of our elected representatives should possess in order to represent and make decisions that are in the best interest of our citizens.

We need to elect people whose integrity is unwavering.

We need to return integrity to our regional government.

We need to Reset the Region.

2 thoughts on “Integrity in government”