At this morning’s Corporate Services Standing Committee meeting, we returned to the issue of councillor remuneration.

And I had some things to say.

The motion that was before us was:

1. That the Region’s existing methodology for Councillor and Chair remuneration, as confirmed by the analysis and review provided in the Niagara Region Independent External Governance Auditor Final Report, April 5, 2019 (Appendix A), BE APPROVED, with retroactive implementation to December 1, 2018.

2. That the increase in the 2019 base remuneration for Council members, including theChair, required to offset the impact from the Income Tax Act changes, BE APPROVED effective January 1, 2019.

I’m really happy to hear the discussions this morning about citizens’ ability to pay, affordability, concern about what taxpayers are getting for their tax dollars, and respecting and protecting taxpayers, including commentary that recognizes that those who pay the bills for the Region don’t see the kinds of increases in their income that we’re discussing in a few of our reports this morning and a warning to taxpayers that things aren’t going to be good with respect to taxes. The same is entirely true for this report.

Before ANY increases are applied to the current remuneration – which includes this amount related to the change in income tax regulations and the methodology that is used to determine annual increases – that’s an increase of 20.2% over the previous year, and that’s completely outrageous.

Even without the increase to “make councillors whole” due to the change in the 1/3 no longer being non-taxable (and it never should have been, as it was intended to compensate councillors for their expenses, and the vast majority of councillors were still billing their expenses back to the Region), we’re looking at a 2.9% increase, and that’s not appropriate.

I don’t agree with this increase at all or the methodology used to determine increases, but as I appear to be in the minority, there should be an effort made – at the very least – to phase in any increase, rather than hitting taxpayers with it all at once.

It is true that Niagara Regional Councillors are not paid as much as their counterparts in other Regional governments in Ontario; however, according to the report from Dr. Sancton, the salary we receive is a comparable percentage of the operating budget and a comparable figure per capita as other regions. Further, the citizens of those regions have higher incomes than do the citizens of Niagara.

Some councillors will suggest – as they did in February – that those councillors who are opposed to the increase can just donate their increase to a cause they feel is worthy. The point, though, is that citizens of Niagara should not be paying for me or anyone else to decide where we’re going to donate money.

This increase is unconscionable and completely tone deaf as to what’s happening with respect to income and poverty throughout Niagara.

Councillor Redekop was next to speak and said that whilst he agreed with the increase related to the income tax issue, he share my concerns with respect to the annual increase.

Councillor Redekop moved to amend the motion as follows (and I seconded his amendment): 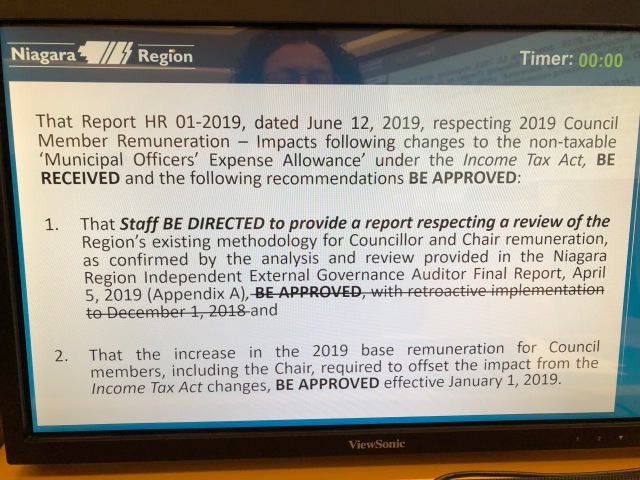 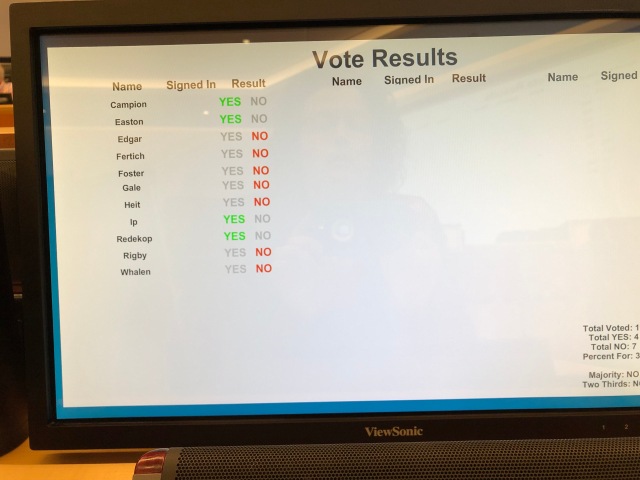 So, we went back to the original motion: 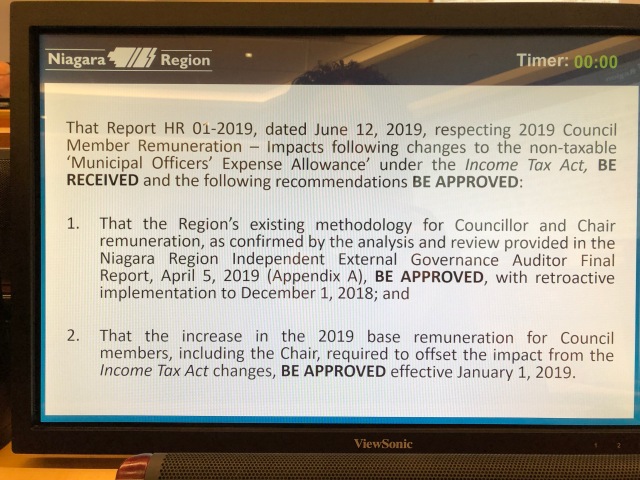 I requested that we vote on the items separately and that the votes be recorded. On the first item (the methodology for the annual increase), the vote went as follows: 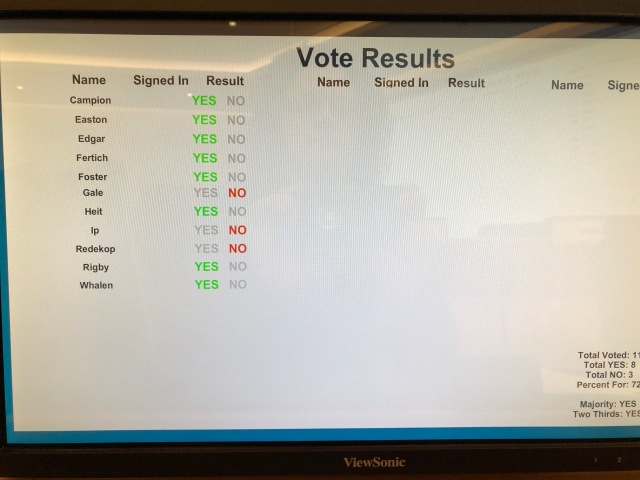 On the second item (the increase related to the income tax policy adjustment), the vote went as follows: 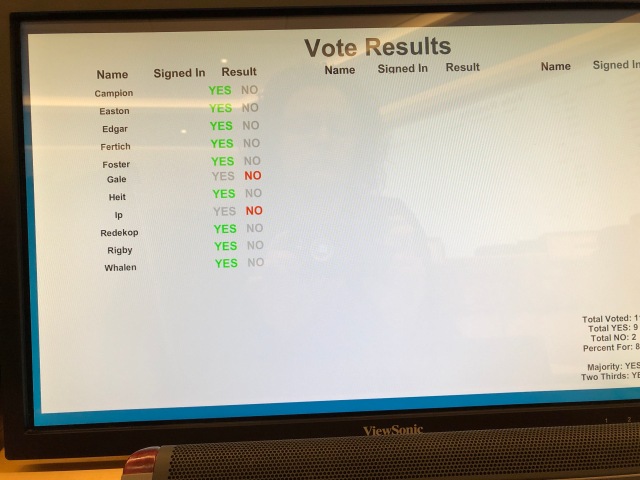 This will go to Council for ratification on Thursday, June 20, 2019.

If you are interested, here is the approximately half hour discussion that took place at Wednesday’s Corporate Services Standing Committee meeting (jump ahead to 1:37:00):

A few notes before I go on:

Frankly, whilst I’ve no idea what each individual councillor’s financial situation is, I would hazard a guess that I’m the one in those chambers who could most use the salary increase. I’m a single mother of two elementary school-aged children. I don’t come from money. In addition to sitting on Regional Council, I also work part-time for a non-profit organization and do freelance work and personal training to support my family and to financial assist where I can with the entirely volunteer-run non-profit organization I founded and manage.

But I went into this knowing what the salary was. I went into it knowing that the income tax policy had changed. I went into it not for the money, but because I wanted to do something meaningful for the community.

I will say it again: This increase is unconscionable and completely tone deaf as to what’s happening with respect to income and poverty throughout Niagara. Further, it far outstrips what most people in Niagara are making on an hourly basis, never mind the kinds of increases, if any, most people in the workforce see on an annual basis.

In my view, you’ve got one more shot at this, Niagara. If you want Council to vote this down next Thursday, I strongly recommend getting in touch with your Regional Councillors.

3 thoughts on “Increase to councillor remuneration is unconscionable”