When I worked in municipal government, I held a position which made me the point person when citizens had questions about decisions made by Council. Often, the phone calls began with someone being very unhappy. Always, the phone calls ended with someone thanking me for listening to them and (when necessary) fully explaining the issue or decision to them. It was very common for me to hear: “Well, I still don’t like the decision, but at least I understand it better now. Thank you.”

Prior to and after working in that role, I worked in public and government relations (first for someone else, then my own small business) where I wrote speeches, built presentations, and wrote brochure and newsletter content for local municipalities and various Niagara Region projects. The goal: to always communicate in a way that was accessible to the general public. 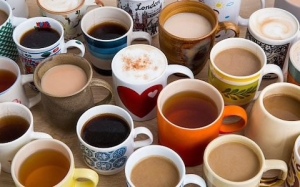 So, I know well the importance of communication; how vital it is to a well-functioning government and the citizens that government represents. When we keep citizens informed; when we listen to citizens, we are less likely to hear them complain or have them disengage entirely; we are better able to ensure we are making decisions that are in the best interest of those we represent.

When I first ran for St. Catharines City Council in 2006 (Grantham ward), I proposed the idea of regular ward meetings. I promised the same in 2010 and 2014 (St. George’s ward), and I did have ward meetings when I was on City Council. Over the years, other politicians have adopted the idea, and I applaud them for doing that.

In keeping with all of this and to provide citizens an opportunity to get to know me before casting their votes in the municipal election on Monday, October 22, 2018, I’m going to hold several Coffee with Laura dates in the last month before the election and then on an at least bi-monthly basis post-election (should I earn the privilege to represent the people of St. Catharines).

On the following dates, I’ll set up at a coffee shop and be ready to chat with anyone who shows up. If no one shows up, I’ll get some of my freelance or other work done. If you see me working, don’t hesitate to interrupt me. I’ll buy my coffee (tea, actually), you’ll buy yours, and we’ll chat about the concerns you have about the Region.

I’ve listed all of the dates and locations and I’ve been sure to visit each ward twice, but you don’t have to live in that ward to attend that Coffee with Laura. You can come and visit with me at any of the times that work for you.

If nothing that I’ve listed above works for you, please don’t hesitate to reach out to set up another date and time, and I’ll do my very best to make it work.

With good, clear, frequent communication, and with your help, we can Reset the Region.

Promises made to date:

3 thoughts on “Communication is of paramount importance”